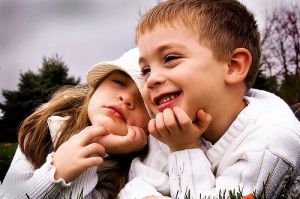 she skipped over, exuberating a certain sort of elegance i simply adored, since mama told us we were play pals. i giggled heartedly with a sense of calamity to know how the rest of my childhood would turn out. i’d seen her like a contented cheshire cat, seen her go through what little princesses would. i’d seen the days her teary eyes simply told a story, days she contrived to hide in solitude and i just sat there watching her sulk. some days my shoulders had been her napkin to dry those tears of unhappiness because nanny told her to play with dolls and fairies which she never once had a liking for.

it was funny because some days, we’d spend our afternoons hiding away from nanny’s watchful eyes. she would tremble in fear, afraid to be discovered. i wasn’t very good with words but i tried to reassure her and told her that i’ll be there to protect her but she always pouted and replied that one day i won’t be there anymore. she always liked sitting by the lakeside but i never knew what was in her mind. but either way, i liked her that way. 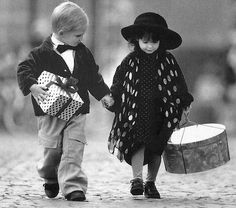 on her fifth birthday, i saved up enough pennies to run down to riverside alley to buy her a gift. i made sure i found a pretty wrapping box because i wanted her to remember . she snuck her birthday cake from nanny’s freezer and we both chuckled as we hid behind a bush to celebrate an ever so phenomenal birth of an angel five years ago. it was a huge cake meant for twenty other girls and boys but we stuffed ourselves full with whipped cream. that day, i thought maybe this was what papa and mama felt when they fell in love. i passed the little polka dot box to her feeling a tinge of embarrassment. she lifted the lid of the box, her face gave off a little confusion.

i told her: this is a notebook for you to write down your feelings when you’re by the lake.

i liked our childhood times spent together. times we were reprimanded by nanny, times we tried to escape, times we sat by the lake watching the falling leaves glide down. in moments of serenity, i wished it was neverland and i was peter pan.

but those were make beliefs because we grew up.

i was still stuck. every lesson my eyes shifted gaze to her. everyone deemed her as peculiar but all i saw was beauty. i never dared tell her how i felt because i did not want this friendship to take a toll. not after all the memories we had created.

months before prom, we made a deal that if we didn’t have dates, we’d just go together as best friends would. i remembered how i wanted to ask her out for prom but she came to me squealing one afternoon that her crush had finally asked her to be his date. my heart felt as though it had hit an iceberg, and down it sank. but seeing her smile resonating in the air, i felt pure euphoria. but on the night of prom, things went drastically in a hullabaloo. there she stood sobbing in her sequinned dress, her hair all in a mess. it seemed like our old days where she sulked by the corners. as she saw me approaching, she couldn’t seem to hold back those streams and buckets within her eyes. it hurt to see my best friend in so much pain because of a guy who walked away with another girl.  i wasn’t very good with words but i tried to reassure her and told her that i’ll be there to protect her but she always pouted and replied that one day i won’t be there anymore.

the following months, i saw her by our lake. scribbling words hours after hours. i still could’t find what it took to tell her how i had been feeling all these years. years went by fast and i got my degree from Princeton university. we took different pathways and i thought that was the end of a childhood love story. i still couldn’t find any courage to tell her how i’d been feeling all these years. tragic it seemed.

one afternoon, i checked my mail only to realise a wedding invitation. as i saw her walking down the aisle, i knew she was someone else’s angel. she skipped over after the service, exuberating a certain sort of elegance i simply adored, since mama told us we were play pals. i should’ve known one day, she won’t be there anymore.

adaptation to the years of solitary went rather well. i loved my job, experiencing of different cultures and some days just reminiscing by the lake. on a chilly winter night, my phone vibrated vigorously amidst the serenity and peace. my angel had passed away.

at her funeral, they read a portion of her diary – the notebook i had given her during her fifth birthday. i took a read and it felt like a bullet penetrated through my ever so fragile brain.

i sit by the lake alone again. i wish he would see me the same way i did.

i wish i had the courage to tell him that i loved him.

and on the page of her wedding day,

it hurt because he came.

maybe it would have been all different if i had the courage,

this is my childhood story.

I'm a spontaneous individual and am pretty much down to do anything crazy! I love jamming to music and you can probably catch me dancing anywhere and everywhere I go. Let's get groovy! 🎉🕺🏻💃🏻 View all posts by grimweeper

One thought on “my childhood story (a short story)”

is not safe for the weak. i shall untangle every web of confusion in you until you question your despair.